What Is The Core Issue?

“Why is my denomination splitting?” “Why can’t we just get along?” “Why can’t we agree to disagree?” “What issue is so important that we cannot live together?” These are questions many United Methodists are asking. The looming separation is especially hard for long-time members, who have experienced Christ’s salvation and been discipled in their relationship with Jesus through Methodism. What is causing this family rift? There are two answers to the question. First is the surface issue of human sexuality, and second is the more foundational issue of scriptural authority.

In this conflict, the “presenting issue” is same-sex marriage and the ordination of those who practice homosexuality. Most other mainline denominations have already divided over this disagreement. Episcopalians, Lutherans, Presbyterians, and others have either split or had significant membership loss as a result. The United Methodist family has stayed together the longest, but tensions have reached a breaking point. Our theological openness has allowed us to have an amazingly diverse denomination. However, this openness has led to what some believe to be the unacceptable crossing of lines.

So, while it appears that we are breaking up over human sexuality, the real issue goes deeper. Methodism was birthed through revival. In his own words, Wesley, an Oxford-educated scholar, was “a man of one book” – the Bible. The power of revival came from obedience to scripture and the Holy Spirit. Throughout history, when people follow the Word of God and the Spirit of God (which never contradict each other), God’s power is released to transform lives. God’s Word is not to be explained away or ignored but honored and obeyed. If the Bible is truly the Word of God (and I hold that it is), then there will be parts of it that we do not fully understand, parts with which we even disagree. Just because we do not understand or agree with Scripture does not mean that we can ignore it or discard it.

To illustrate the power of following Scripture, let’s use what I call the “Impact Test.” When looking at times when people follow scripture to the best of their ability, we see an enormous impact. The result is transformed lives! Our own Methodist Revival is a perfect example. The very cultures of England and America were changed as people began to obey the Bible. God’s Word brings blessings to any society that will follow it!

In contrast, when God’s Word is changed to fit what humans want it to say, we rarely see a great move of God. We may do some “good” according to our definition of “good.” But we do not see the impact that following God’s Word brings.

The undermining of God’s Word goes back to the Garden of Eden; it was Satan’s original deception. The first words we ever hear from him are, “Did God really say?” If he can plant seeds of doubt and lead us to disobey the Word of God, then we are disconnected from the power of God in our lives. Satan knew it would work then, and it still works today.

The core issue facing United Methodists in this matter is whether we will uphold Scripture as the authoritative Word of God. Will we follow it imperfectly but sincerely or change it to the whims of culture? We have seen the waning impact of our denomination through the decades as we increasingly dismiss scripture’s authority. This issue of human sexuality is simply the final “line in the sand” that cannot be crossed. This issue is so evident in scripture that compromising would be abandoning our commitment to God’s Word altogether.

It is also important to remember that our United Methodist Book of Discipline holds to a traditional understanding of same-sex marriage and ordination. What is more, for nearly two thousand years, the church has had a clear consensus on the issue. Those seeking change are putting their wisdom above both scripture and all the church leaders who have come before us.

Our heart is for “His kingdom to come, His will to be done.” For God’s Kingdom to advance, we must have the power of the Holy Spirit. God’s power is released through loving obedience to the Word. It has worked time after time throughout history, and it will work in our day. 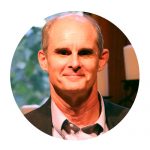 John is the founding pastor of Christ Harbor United Methodist in Northport, Alabama. He has pastored since 1985 in Gadsden at Union Hill UMC, Fayette at Mt. Vernon UMC (Charge) , Northport at St. Mark UMC (Associate Pastor), and Christ Harbor UMC. Dr. Kearns has a bachelors from Furman University, Greenville, S.C. and completed both his Master’s and Doctor of Ministry at Asbury Theological Seminary in Wilmore, Ky.

He is married, since 1980, to the former Kathy Duggan of Mountain Brook. They have two adult children and five grandchildren.