I am the only child of Vernon and Betty Gray, both of whom are with the Lord today. My earliest memories include my mother taking me to the small United Methodist Church near our home, where at the age of thirteen, one of my most prominent memories occurred. I was the song leader that Sunday, and my father walked in for the first time in my life.

My father, who couldn’t read or write, worked hard in a cotton mill in Huntsville, Alabama. Dad was fearful of church and therefore had no intentions of going.

The Bible is filled with “but God” moments. I witnessed one that day. God’s prevenient grace reached my father through a television evangelist of all things. He came to church and ultimately to Christ. A few weeks later, he was baptized in Guntersville Lake – the same place I had been four years earlier. As Paul writes to the Corinthian church, my father was a new creation.

I really can’t remember a time when the United Methodist Church has not been part of my life. Her influence spans from those earliest memories to my call to ministry at the ripe old age of seventeen.

For 38 years, I have served as a United Methodist Pastor with ordination papers that read “Elder in the United Methodist Church.” I began by serving as pastor to one of our smaller congregations that has since been closed. I am currently privileged to serve the North Alabama Conference’s largest worshipping congregation. In those 38 years, I have planted a new church and served as a District Superintendent. I share all this simply to say that the thought of no longer being a United Methodist Pastor is no small thing for me.

I am not cavalier in my attitude or approach to what is before us.

This being said, I do fully support the “Protocol for Grace and Reconciliation through Separation” and our annual conference joining the new traditional denomination.

Let that sink in… DECLINING since the beginning.

I am not naïve enough to believe that the denominational separation will miraculously produce missional effectiveness where it has not been before. However, I do believe that someone must alleviate diverted attention, wasted energy, wasted resources, and the convenient excuse of our differences as a significant step toward recovering an effective mission and ministry.

In simplest terms, there are many Vernon Grays in the world that need an undistracted Church set aflame with the missional heart of God. Our broken world needs a focused church who is not willing that any should perish, but that all should come to repentance.

With God’s help, may we be that church!

If you would like to give voice in support of the North Alabama Conference of the United Methodist Church joining the new, traditionally orthodox, Methodist Denomination, you can sign the petition here. 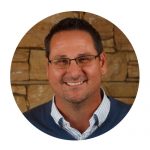 Tommy was born in Huntsville and grew up in nearby Arab, Alabama. He began pastoring in 1983, at the age of 18. At this same time, he began attending UA Huntsville and later received a degree in Management Information Systems. He attended Memphis Theological Seminary, where he received a Master of Divinity and completed his education with a Doctorate of Ministry from Asbury Seminary.

Tommy joined the Asbury UMC staff in 2012 as the Executive Pastor. He has a broad history of pastoral ministry, including planting ClearBranch UMC in Trussville, where he was the Lead Pastor for twelve years, and serving as a UMC District Superintendent for four years. Tommy has a particular interest in new churches and mentoring the next generation leaders. He has been blessed to be in ministry in these areas on five different continents. In 2018, Tommy became the Lead Pastor at Asbury.

Tommy is married to Carrie and has two adult children, Matt and Breanne, and a son-in-law, Colby. He has three grandchildren, Millie, Corbin, and Emmie Rose. His hobbies include golf, listening to jazz music, and going to yard sales and concerts with his wife, Carrie.