My church is split. It has been for decades now. There are at least two very differing theologies, world views, visions, mission foci, and scriptural interpretations which are genuinely irreconcilable.

The bully pulpit of the episcopacy is being exploited for an agenda foreign to the “faith once delivered to the saints.” The Protocol for Separation is the only known equitable way out of this mess.

Now, she has predicted the General Conference, which has the power to act, will be postponed until Spring, 2024. Of course, this is not a decision made by the bishops. The Commission on the General Conference will make this decision, and there is no indication that they feel the same way. However, her prediction is, I believe, indicative of her desire to prevent this amicable and equitable separation.

This saddens my heart. I have served this Annual Conference faithfully. My record is clear. I paid my dues. Now I have no ecclesiological home anymore. The last annual Conference session in Athens made this abundantly clear.

So, I devote my energies to mission in Venezuela and in the work of establishing the Global Methodist Church which will emerge in some form in the near future. The Bishop’s message to clergy and laity is clear: embrace her liberal, progressive agenda or leave. Yet, she desires to hold captive the very church that made her bully pulpit possible. There is no indication of a desire for an amicable separation. The actions and rhetoric indicate the desire is for “winner take all.” That is hardly the position consistent with the rhetoric of having an open table. The “table” is open to those who agree. Those of us who vehemently disagree are excluded.

So I pray for our church, and I look forward to when I will no longer be identified in any way with this United Methodist Church, which has been my home for all my adult life. My heart is broken for my denomination, but not for the church of Jesus Christ.

I am grateful to be connected with like-minded brothers and sisters all around the world. God is doing a new thing. I can see it. And it is not what theological heretics desire.

I know there are many brothers and sisters in North Georgia who feel as I do. However, I am unencumbered to speak from my position of retired elder. I do not want a fight. I want to be free of the encumbrance of this theological divide to devote full attention to the mission of the church. I did see where this was heading many years ago and diligently worked to help my church avoid this. I failed. It is time to move on. 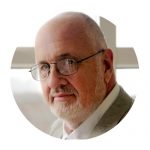 He is the former District Superintendent of the Atlanta/Marietta District of the North Georgia Conference of the United Methodist Church. Warren Lathem was called to preach at Holbrook Campmeeting in CherokeeCounty, Georgia, in 1962 when he was 10 years old. He has pastored churches since 1972; West Bend, KY, Trinity, Covington, GA, St. James/Prospect, Toccoa, Georgia, Greenville, Greenville, GA and MountPisgah, Alpharetta, GA. He began The Springs, a United Methodist mission in Forsyth County as well as two Hispanic congregations inNorth Georgia. He was ordained an Elder in the United MethodistChurch, North, GA Conference in 1977. He has served as a delegate to both Jurisdictional and General Conferences.

He has served as adjunct faculty of Candler School of Theology, EmoryUniversity, and SemBiMex Theological Seminary in Mexico City. He taught for several years in the National Institute of Church Finance and Administration, and The North Georgia Conference School of Pastoral Ministry (formerly License to Preach). He has spoken at and conducted workshops at a variety of national and international seminars.  He also founded Lay Missionary Training, a 72 hour training program of the North Georgia Conference Board of Laity.

Dr. Lathem has always been committed to reaching the unchurched with the Good News of Jesus Christ. This led him to start many innovative ministries, e.g. The Journey, Recreation Ministry,Crisis Pregnancy Center, and the first Aids ministry outside the perimeter of Atlanta. He began an After School Program, a Pre-school, an Elementary School, a Middle School and a High School, all enrolling over 900 children. He also started what has become the largest Hispanic ministry in the North Georgia Conference. And in his last year as Senior Minister led the Conference in net new members. His ministry has been marked by transformed lives.

Dr. Lathem has been married to Jane since August, 1973 and they have one surviving son, Jared. They live on Arepa Farms, a small family farm in Cherokee County, GA. Their son Jared and his lovely Venezuelan bride, Lim, built a home on the farm. Jared and Lim have two wonderful children, Zoe and Elijah.  Jared is the pastor of the Ball Ground UMC. Warren and Jane also have four “adopted grandchildren: Carlos, Danny, Warren and Elizabeth Santiago, children of pastors Tito and Yami Santiago.  Tito is a well known Latino singer/songwriter.